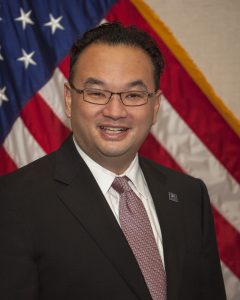 Gilbert is the son of immigrants to California from China and Hong Kong. Born, raised and educated in Santa Clara Valley, which has been nicknamed Silicon Valley, he watched the valley grow from agricultural beginnings to high tech companies like Apple, Google and Facebook.

He got his first degree in associate of arts in business management from West Valley Community College and then graduated from San Jose State University with a bachelor’s degree in Business Administration and also went to Harvard University to attend the Kennedy School of Government, earning a Certificate of Senior Executives in State and Local Government.  As a Community College graduate, I believe  strongly in the importance role of community colleges in preparing our students for Silicon Valley’s future.

As a business owner with a background in business management and financial real estate, it has been an honor to contribute my knowledge for nine years as a two-term mayor and councilmember in Cupertino.

Our community take great pride in both Foothill and De Anza Colleges which are among the best in California and the nation.  I am seeking re-election to the college board,  and I will focus on educational excellence, access, fiscal responsibility, innovation and technology.

As a current trustee, former mayor, and education advocate, I am well-prepared for the responsibilities of a college board member.  My experience includes serving as a Governing Board Member Trustee of the Foothill-De Anza Community College District Trustee (four years), member of the De Anza Commission (nine years), Board of Director of the Foothill-De Anza Community College District Foundation (four years), Board of Director- At-Large of the national Association of Community College Trustees (ACCT) (three years) based in Washington D.C. and President of the ACCT Asian Pacific Islander and Native American Trustee Association (three years).